“Discover great films”. With this motto, En Lefko is launching its first film festival from April 26 to May 3. The 1st En Lefko Film Festival is the new cinema celebration in Athens, deep in the heart of spring. By displaying unexplored movie diamonds, urban stories of artistic creation and organizing parties and happenings, the festival aims to overcome the constraints between movie genres, recommend the hottest cinema trends and open the dialogue on artistic expression and entertainment.

Structure of the festival

The most movie-screenings will be displayed on Danaos and Ideal cinemas. Parties and other themed happenings will take place during the festival.

Drive-In on Lycabettus Hill: Several decades after the opening of the first Drive-In in New Jersey, the En Lefko Film Festival is giving Athenians the chance to enjoy both the Drive-In experience and the classic film, Bonnie and Clyde, on the Lycabettus Hill!

The Lost City of Z: At the dawn of the 20th century, British explorer Percy Fawcett journeys into the Amazon. There he discovers evidence of a previously unknown, advanced civilization that may have once inhabited the region.

Planetarium: In 1930s France, two sisters who are able to communicate with ghosts meet a visionary producer while performing in Paris.

Goodnight Brooklyn – The Story of Death By Audio: A chronicle of the origins and the closure of one of Brooklyn’s best DIY venues.

The Girl from the Song: A young musician travels to Burning Man, a psychedelic festival. All in an attempt to get the impetuous girl he is in love with.

As can be seen on elff.gr. Learn more on En Lefko’s page on Facebook, Instagram and Spotify (@EnLefkoFF)!

Antonis is an avid cinephile and loves spending time watching movies. He is always looking for the summer, not for its sunny weather and the Greek islands, but Athens and its plethora of open-air cinemas. He has a passion for Jazz and enjoys playing the saxophone. After a good movie screening, he likes to explore the city center for cozy bars with great music.

An atmospheric journey to the central market of Athens 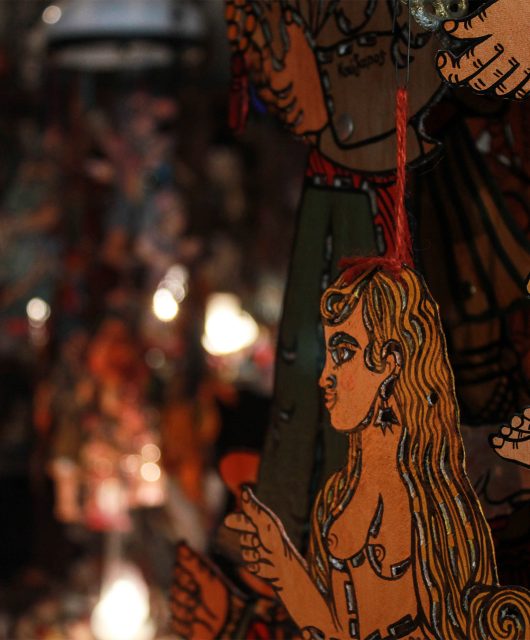